Roomba by iRobot, a giant consumer robot company, is one of the most popular robot vacuum brands today, and rightly so. Two of the most famous robots in its e-series include Roomba e5 and Roomba e6. What’s the same and different between the two? Let’s find out. 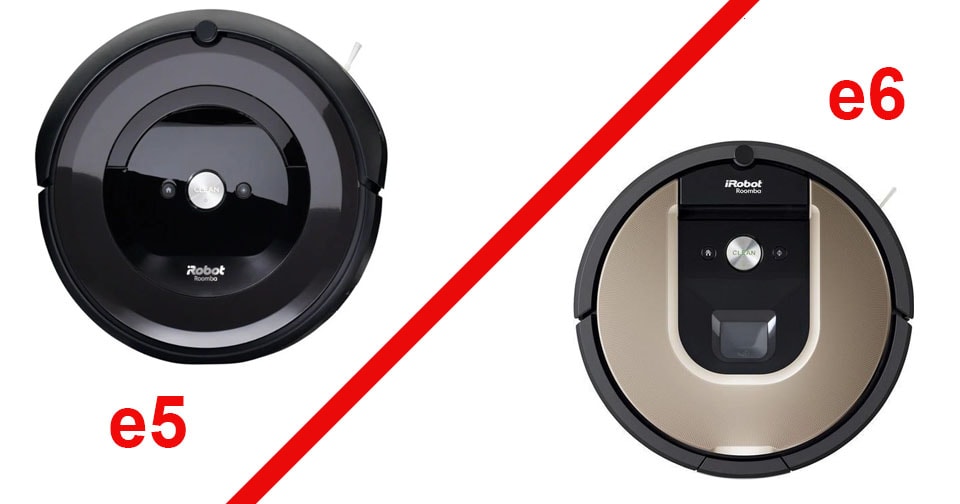 The most apparent differences between the two are:

Aside from these minor differences, these two robot vacuums are nearly identical. They are similar in the following aspects:

Both e5 and e6 have a round body style. There are three control buttons on top for: 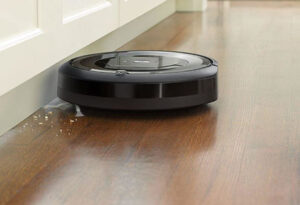 Home: sends the robot back to its charging station; and

Spot: cleans a smaller area in a circular motion.

Under these robot vacuums, everything looks the same. They have identical rubber brushrolls located at the center. The brushrolls are positioned between the two larger wheels, enabling them to capture dirt as the machine rolls over it.

At the side of the vacuum below the brushroll, there is the spinning side brush. This small tool’s function is to capture the dirt from the corners and edges that the brushroll can’t reach.

There are edge sensors at both models’ perimeter to keep the robots from falling from cliffs, stairs, and other risky platforms.

Both models can access Wi-Fi. They can also be paired with the iRobot Home app, allowing you to program the machine from anywhere.
END_OF_DOCUMENT_TOKEN_TO_BE_REPLACED